A Spectacle of a Thousand Floating Lights: The Chiang Mai Lantern Festival

It’s almost magic hour in Chiang Mai and the streets are quietly filling with locals carrying paper lanterns, bags of flowers, candles and incense. “Hurry, hurry! We’re going to miss the lights!” squeals a little boy in excitement as his parents smile and take his hand as they leave their home towards the Ping river to celebrate one of the most anticipated events of the year, in which the night sky will illuminate in a spectacle of lights.

Loy Krathong, the Thai Festival of Lights, is celebrated throughout Thailand on the full moon of the 12th Lunar month – the date changes yearly but it would typically fall around late November. However in 2019, this falls on the 11th and 12th of November. In Chiang Mai, Loy Krathong coincides with the Yee Peng festival (sometimes called Yi Peng), which is unique to northern Thailand. This festival has ties with the ancient Lanna Kingdom of Thailand and was adopted from Brahmin origins. This is why the biggest Yee Peng celebration is held in Chiang Mai, the ancient capital of the former Lanna Kingdom. This also happens to be why Chiang Mai is the best place to experience this truly magical festival, and why people from all over Southeast Asia make their way to the Northern Thai city.

The origins of Yee Peng festival goes far, far back

Loy Krathong is thought to derive from an ancient Brahman ceremony. Three gods, Phra I-Suan (Shiva), Phra Narai (Vishnu) and Phra Phrom (Brahma) were at the center of this religious affair. Lanterns were made from paper and lit up with candles. Back then, only the wealthiest of homes would display them.

Then in the 19th century, this Brahman ritual was adopted by the Siamese King Mongkut. Instead of being celebrated by and for the royals or the wealthy, the lanterns now were donated to local temples where anyone could take part. As these lanterns were laid as offerings, people would say a prayer. Lanterns were laid to drift downriver as well, to honor Phra Mae Kong, the goddess of water. Thais believe that their bad luck will drift away with the lantern and leave you with good fortune for the upcoming new year.

Lights everywhere! It’s a treat for the senses

To the Thais, the act of releasing a lantern into the sky or water symbolizes letting go of all illnesses and misfortunes in the previous year. Buddhists also believe that if you make a wish when you set off the lantern, it will come true. This is conditional upon you doing good deeds in the following year, of course.

The events in Chiang Mai take place for three days, but people begin to prepare for this event a week or so before. Local homes and public places get decked out in colorful lanterns and flag decorations, signaling the start of the festivities. While walking around, there are four types of lanterns to watch out for. The Khom Theua is a lantern that is carried on hand. It is one you will come across in the festival parades. The Khom Kwaen is a hanging lantern that comes in four shapes: a star, an alms bowl, a wheel, or a basket. The Khom Paad spins on a vertical post like a western Catherine Wheel and features the 12 signs of the Zodiac. Last but not least, the most famous of all, are the Khom Loy or the Khom Fai. These are basically formed from a cylinder of paper about a meter high with a kerosene-soaked tray beneath. On the tray are firecrackers that catch fire when the lantern is released.

Fun fact: You may find that some Thais tend to add their address on the lantern. This is thought to bring luck to the releaser if the lantern survives intact after falling back down. If someone finds the lantern, they can also go to the address written in the lantern and claim some money from the sender in a sharing of good fortune!

Another popular activity is to release lanterns into the water of the Ping River. The Krathong, or floating lights, are equally photogenic. Typically made from leaves and stalk of banana tree, this miniature raft is decorated with flowers, a candle, and incense. Many people also place coins onto the rafts. As with floating lanterns, the idea is to discard bad luck.

There are plenty of other activities happening all over Chiang Mai during this auspicious time. For example, the official Yee Peng Parade takes place around the Old City gate and down the Tha Phae Road. Full of colors, music, dancing and fun energy all around, this is a not-to-be-missed activity. There are also traditional Thai live music and dance shows, cultural affairs and handicraft sessions happening around town. Topping it off are the countless food vendors selling holiday favorites and colorful firecrackers to eager children. For something extra special, join a lantern making class where you can make your own Krathong. Many of these workshops take place across the city. You can buy pre-made lanterns from the many spots around town, but bear in mind they can often sell out.

The best place to get that spectacular photo of everyone releasing their lanterns at the same time is Mae Jo University at 6:30 PM. You should arrive well in advance to get a good spot and do remember to wear conservative clothes as this is an event with religious significance to the locals.

Since this event is a huge reason to visit Chiang Mai, there is another Yee Peng ceremony that is solely set up for tourists, held about a week after the actual festival. This involves more mass lantern lighting. The real and the “tourist” Yee Peng ceremony can both leave a huge dent in your wallet, costing you from USD $100 – $400. Certain packages include transfers, meals (often buffets) and a certain amount of lanterns, and with the tickets, you will get to join various programs including religious activities, a monk procession and of course, the much anticipated lantern launch.

This year there are five locations that will participate in the lantern launching as follows:

Be sure to buy tickets early as these events always sell out fast. Tickets can be purchased here.

Another option to enjoy the lanterns is to head to a rooftop bar where you can get a comfortable seat and a spectacular view. Popular places are The Old Place, Deck 1, Good View, Riverside, Dukes, and River Market, to name a few. It’s a good idea to call in advance and book your table. For some of the best floating lantern action, head the Iron Bridge and Nawarat Bridge to catch some of the festival action.

Book everything in advance

Before anything, you have to make your way to Chiang Mai, and you have plenty of methods at your disposal – from flying, to taking the train, a bus, and a private transfer. As this festival is extremely popular, flights, trains and buses will have hiked up prices to match the demand and will also likely be very crowded. The best thing to do is book your transport in advance, or hire a convenient private car to take you there. This way you can travel hassle-free and also experience the full range of the Thai landscape on the way. Remember to also book your accommodation in advance!

The Yee Peng Lantern Festival is truly a magical event that will transport you momentarily to what seems like a fairy-tale land. Remember to be respectful while you take your pictures because of the festival’s religious meanings to the locals. Other than that, just open your mind up to the culture, take part in the prayers and feasts and just enjoy the lively and festive atmosphere. It will be something to reminisce about way into the future.

Third-culture kid, hailing from Sri Lanka. Currently residing in Ho Chi Minh City, Vietnam and refuses to leave because of the good food. You'll probably find her wandering aimlessly through the city with a coffee in hand looking lost, but she never is.
My stories

Find your Bookaway trip
Bangkok to Chiang Mai Chiang Mai Thailand
PrevPreviousOut with the old: 5 old travel habits we do not miss at all
NextGetting from Manila to Banaue: A guest reviewNext

The bus ride from Bangkok to Chiang Mai: A guest review

Where to learn about history in Cambodia

The best restaurants in Da Nang 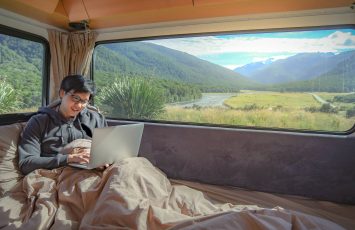 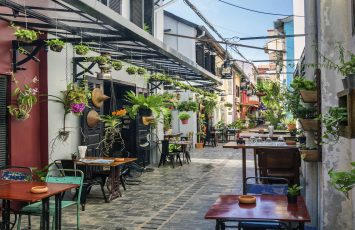