A night out in Manila: things to do in the city after sunset

Blog A night out in Manila: things to do in the city after sunset

Do you think Metro Manila is just a gateway to other islands in the Philippines? Think again. Home to a large youth population and with rapid infrastructure development, Manila has quickly become an epicenter for entertainment, retail, food, and all things fun! Filipinos are known to party like no other, and their love for music and dance is easily evident if you head to some of Manila’s top clubs.

But first, let’s get you to Manila

By virtue of being the capital city of the Philippines, Manila enjoys connectivity to most major cities of the world. It is also especially well connected to other capital cities in the region like Singapore, Bangkok and Kuala Lumpur. So no matter which part of the world you’re coming from, Manila will probably be just one or two flights away.

Flying into Manila is one thing, and actually getting to the city from the airport another! If you’re looking for a safe and hassle-free ride from the airport, pre-book a car or a minivan to take you to your hotel any time of the day or night.

Most people traveling to Manila venture out during the day to visit the popular tourist attractions in the city. The courageous ones even venture into the local markets. But little do they know that Manila transforms itself into a thriving hub of activities as the sun goes down. So, if you’ve survived Manila’s madness by the day, you are now officially ready to take on the city’s vibrant nightlife. If you are spending a few nights in the Filipino capital city, here are our top picks for some of the best things to do in Manila after sundown.

Whether you’re looking for a laid back jazz and wine kind of night or a night of foot-stomping dance at a club, Manila has it all. If partying till the wee hours of the night excite you, make your way to House Manila or Revel at The Palace for one of the best clubbing experiences in Manila.

Night markets are a big deal in Asia, and Manila is no exception. As the sun sets, large, open-air, local markets start coming alive with food, music, and people. From homemade food to clothes and from household items to jewelry, Manila’s night markets are a treasure trove of hidden gems. If you have time to visit only one or two night markets during your stay, head to the Tutuban night market or the Mercato Centrale. Both markets are extremely popular with the locals and are great for spending an evening full of delicious food, fun souvenir shopping and simply taking in the vibe of this wonderfully chaotic city.

Yes, you read that right. There is indeed something in Manila called the Amazing Show, the title being an accurate description of the experience. Think of something along the lines of a Broadway musical in an Asian setting, and that pretty much sums up Manila’s Amazing Show. Only here, expect beautiful drag queens dressed in colorful costumes, performing to traditional Chinese, Korean and Filipino music. The show is not only entertaining and well-choreographed, but it is also completely family-friendly.

Indulge in a luxurious meal at a rooftop restaurant

There are few experiences that can match up to dinner and drinks overlooking the entire city as it lights up the night sky. And when in Manila, the best way to get away from the crowds is to head to a nice rooftop restaurant or bar post-sunset, complemented with a view of Manila’s glittering skyline. The Sky Deck View Bar at the Bayleaf Hotel, Jazz Up in The Sky and the Sky High Bar are just some of the places that should be on your radar for a romantic night out.

Rendezvous with lady luck at the City of Dreams

Feeling lucky tonight? What could be better than a round of Poker or Blackjack to take things a notch higher! Manila’s City of Dreams is a world-class casino that’s open 24 hours, 7 days a week. But worry not! You don’t have to be a serious gambler to enjoy your time here. With more than 1500 slot machines, more than a 100 electronic table games as well as a full-fledged theme park called DreamPlay, it’s hard to run out of things to keep yourself entertained. But for those who are looking to get their hands a little dirty, and hopefully earn a few bucks, the City of Dreams is where you should be trying your luck.

Get a dose of laughter at a comedy club

A new crop of clubs has taken over Manila’s nightlife over the past few years, and they have one job – to make you laugh. Comedy clubs are quite a rage in the Philippines these days and Manila has a few very popular ones like Zirkoh, Laffline and Punchline Comedy Bar where you can catch some brilliant comedy performances in the evenings. Some of these clubs also serve food and drinks so you know, if you laugh too much and hunger strikes, there’s rescue close at hand.

Cruise into the sunset at Manila Bay

Loved Singapore’s Marina Bay? Here’s the Philippines’ answer to it! A gorgeous natural harbor acting as a gateway into the city, make way to Manila Bay if you want a quiet end to your day. The Manila Bay takes the cake for being the best spot to watch a sunset in Manila. But if just watching the sunset is not enough, top it up with an evening cruise complete with dinner and drinks as you sail past the city. Watch Manila’s skyline light up as the sun sets and relish a couple of hours away from the city’s commotion.

Watch a cultural performance at the Cultural Center of the Philippines

We know it may seem unlikely, but Manila is not just about food and shopping. For those of you with a taste for the finer things in life, the city offers plenty of opportunities to immerse into the local culture through artistic and cultural performances. The Cultural Center of the Philippines is one of the best places to catch Filipino dance and musical performances, theatre, art exhibits and even independent films from the region.

Address: CCP Complex, Roxas Boulevard, Pasay City, 1300 Metro Manila
Opening hours: Business hours are from 9:00 am to 6:00 pm Tuesday to Saturday
Tickets: Check the website for updated list of shows and purchase tickets online. Pricing varies depending on the show/concert.

A city’s nightlife reveals a lot about its character and is a reflection of its people. So don’t be surprised when you witness Manila unveiling itself in all its glory by night. If Manila is a hub of chaotic activity by the day, it is equally buzzing with life at night. Be it a sophisticated club or be it the rustic night market, it’s a treat to experience Manila in a completely different light!

Full-time travel blogger & writer from India on a mission to live life on her own terms. Perpetually suffering from itchy feet syndrome. Can be found zoning out into the distance when not typing away on a laptop. Survival strategy - tea & coffee.
My stories

Unraveling Hoi An: A 3-day itinerary

A trip back to Heaven – Koh Lanta to Koh Phi Phi: A guest review

The ultimate guide to transportation in the Amalfi Coast

Top 5 places to eat in Hanoi 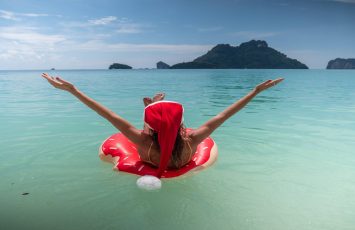 7 tips to survive Christmas while in Southeast Asia